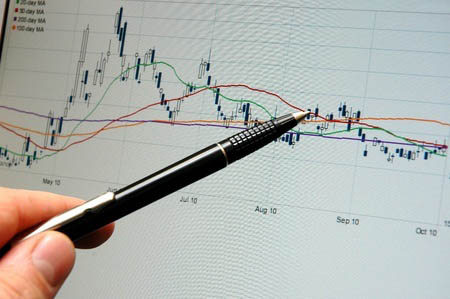 The FOMC of the Federal Reserve released its customary statement after its meeting concluded April 30.

FOMC members said that the economy is improving after a winter lull caused by poor weather. The national unemployment rate remains high, although some improvement in labor markets was reported. Fiscal policy is restraining economic growth, although FOMC said that the restraint is diminishing.

The FOMC statement reflected members’ concerns about the inflation rate remaining below its goal of two percent, and said that this could eventually impact economic recovery. The Fed expects inflation to approach its goal within the “medium term.”

The Fed will reduce its monthly asset purchases of mortgage-backed securities and Treasury securities to a total of $45 billion in May. FOMC members said that the Fed’s level of asset purchases is sufficient to maintain downward pressure on long term interest rates and to support mortgage markets.

The Fed expects to continue reducing its asset purchases as long as improvements in the labor market and general economic conditions occur. As of March, the national unemployment rate was 6.70 percent; the Fed previously established a goal of 6.50 percent unemployment as an indicator of economic recovery.

The statement included its usual comment that asset purchases are not on a pre-set course and that FOMC members monitor economic reports and other financial data on an ongoing basis as part of the FOMC’s decision making process.

FOMC members agreed to maintain the Fed’s current “highly accommodative” monetary policy and left the target Federal Funds rate at between 0.00 and 0.25 percent. The committee expects this policy to continue long after the asset purchase program concludes.

FOMC members will continue to monitor economic and financial developments along with inflation to determine the course of the target federal funds rate.

The FOMC noted that retail sales in March reached their highest level since September of 2012; this was viewed as a sign of a stronger overall economy.

This FOMC statement mentioned inflation as a basis for reviewing monetary policy more than in recent statements, and clearly established maximum employment and the committee’s target two percent inflation rate as benchmarks for decisions related to future policy decisions.

April’s unemployment rate is set for release on May 2.